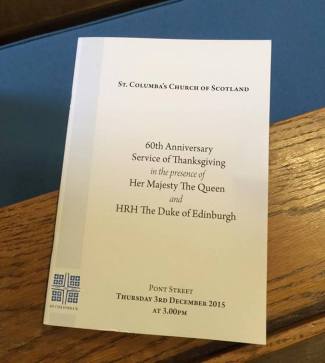 Several of our members had the privilege of attending a Service of thanksgiving to celebrate the Sixtieth Anniversary of the rebuilding of St Columba’s Church of Scotland in London which was bombed during the war. The Service was held in the presence of The Queen and The Duke of Edinburgh. St Andrew’s Kirk in Newcastle is linked with St Columba’s.

Her Majesty and His Royal Highness met members of the Sixtieth Anniversary Committee before attending the Service.  Afterwards The Royal party viewed an exhibition about the Church, the history of the building and the present life and people of the St Columba’s.

They also met with members of our own congregation. 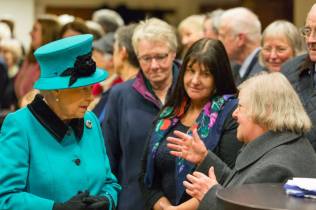 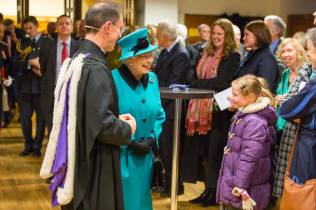 Picture from Evening Chronicle  /   Article from Life and Work

One of our longest serving members has been awarded the Légion d’honneur by the French government, in recognition of his part in the Normandy Invasion.

Ian Gillespie was one of 17 people presented with France’s highest honour during the Festival of Remembrance in Durham Cathedral in November. The presentation was made by the Honorary French consul, Andrew Robinson.

The French government has decided to award the honour to all surviving members of the British and Commonwealth forces who took part in the Normandy Invasion, which began the liberation of Europe from Nazi Germany.

Ian was a Lieutenant in the Royal Engineers involved in Operation PLUTO (Pipe-Lines Under The Ocean). Following the Normandy Landings on D-Day (June 6 1944), Ian and his fellow engineers ran pipelines to the shore at Gold Beach at Arromanche, and then built two 1200 tonne petrol storage tanks near Bayeaux. This engineering achievement secured the petrol supply to the Allied armies and the RAF, by pumping a million gallons every day to facilitate the advance across Europe.

Ian was accompanied to Durham Cathedral by his immediate family, as well as Elise and Norman Macfarlane from St Andrew’s. He said: “I feel greatly honoured but sad that many of my army colleagues did not live long enough to receive the award. My medal is for them too.”

Ian was born in Glasgow and trained as a civil engineer. After the war, he worked at the Port of Tyne from 1953-1983. 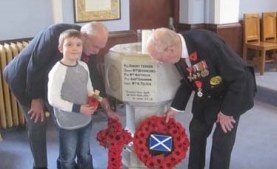 WHAT A WEEKEND WE HAD!

St Andrew’s was truly ALIVE and KIRKing on 17 and 18 October. Handbells, happy children, Glasgow singer, songwriter Craig Durning, Bayvox Choir and a fabulous ceilidh to round off Saturday evening, ALIVE and KIRKing Festival was described as possibly the best social event we’ve ever had.

This was be a day, not just for our Church community but all our Newcastle neighbours as we celebrated our long-established, unique, presence within Newcastle and we were particularly pleased to welcome students from Newcastle and Northumbria Universities.

And to cap it all, on Sunday our pews were full for our  ALIVE and KIRKing Family Harvest Festival where thoughtful words and engaging activities helped children `of all ages` understand the Harvest message.

A huge thank you to all who organised, supported, attended, listened, ate, danced and worshipped this weekend.

We would also like to thank those who brought food to our Harvest Festival which will be taken to local charity Changing Lives.  You can read more about their work here 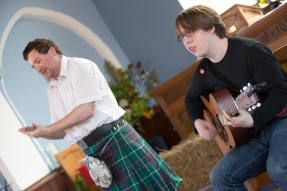 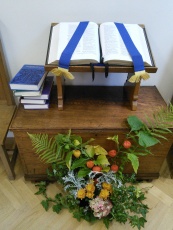 TO FIND OUT MORE – SEE OUR ALIVE AND KIRKING PAGE

We were delighted to welcome our MP to the Kirk on Friday 10 July. Nick Brown spent time meeting some members and discussing local issues as well as finding out about what we do here at St Andrew’s. He was given a tour of the building and completed his visit by spending time in the garden where he was presented with a pot of heather.
He was accompanied by our local councillors which gave us a real opportunity to show how we engage with our community and how we have developed as a congregation over the last 500 years.
Many thanks to him for spending so much time with us, to our members who came to meet him and to Irene Wilkinson for providing such a fantastic tea.

READ ALL ABOUT US

Many thanks to St Andrew’s Church, Carluke, St John’s Church, Carluke, Cheviot Churches in the Scottish Borders and local Newcastle magazine `Right Up Your Street` for carrying articles about our Kirk this month. We have also had a mention on Life and Work on-line – read more here 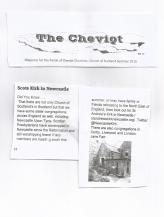 You can find out more about St Andrew’s Carluke at http://carluke-standrewschurch.org/ , St John’s at http://www.carluke-stjohns.org.uk , Cheviot Churches (Morebattle, Yetholm, Linton and Hownam) at http://www.cheviotchurches.org.uk and Right Up Your Street is on Twitter @ruysbooklets

HELP US FINISH OUR FENCE 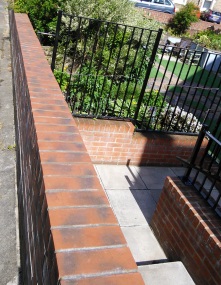 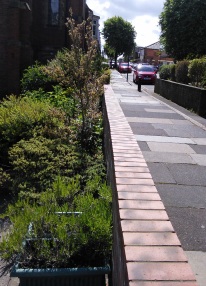 Over the years we have lost our fence through wear and tear.  Two floods in recent years meant we had to completely re-do our garden.  Now that our new community garden is looking great we need to complete the picture with a brand new fence.

Thanks to Newcastle City Council, South Jesmond Ward, we have been given a flying start with a grant of £1,000, but we need to raise the remaining cost ourselves.

Our Fabric Convenor, Irene Wilkinson said: “We have already had a fantastic response from our congregation and friends and I want to thank everyone who has contributed. However we still have £1,500 to go to reach our target so the fundraising goes on.”

All donations are welcome but if you would like to buy a panel section these cost £12.80.

All donations can be handed in to the Kirk.

The work is being carried out by  www.awmanufacturing.co.uk

IT’S JUNE – AND WE ARE PROUD

As members of NEWCASTLE CITY CENTRE CHURCHES TOGETHER St Andrew’s Church of Scotland takes part in a rota for the “Provision of Help”. This month, June, we are collecting food for “The People’s Kitchen” @PKnewcastle http://www.peopleskitchen.co.uk/.

If you would like to help please bring “tins and dry goods” to the Church throughout the month.

We were thrilled to have a presence at this year’s Heart and Soul event held on Sunday 17 May in Princes Street Gardens as part of the Church of Scotland’s General Assembly week.  Working with our sister congregations from the Presbytery of England – Crown Court and St Columba’s in London – we distributed hundreds of leaflets and engaged with scores of people and organisations to let them know about our Church. 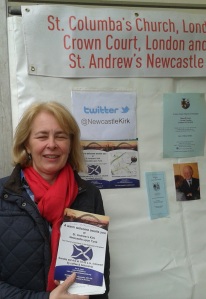 Jane Farr at Heart and Soul